You can find on this page the map of Warsaw monuments and the map of Warsaw tourist buses. Warsaw is the capital of Poland and one of the most visited city in the Central Europe with 6.3 million tourists per year. Thanks to its numerous monuments, museums, sightseeings, landmarks and attractions, Warsaw was declared World Heritage Site by UNESCO. 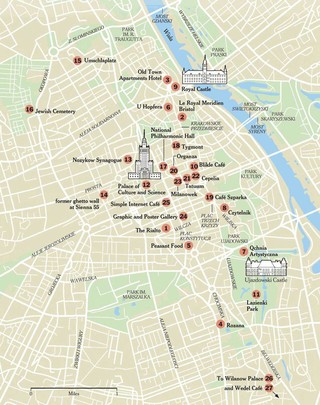 In Warsaw you can visit: 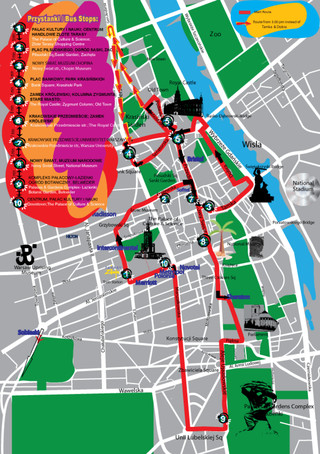 Warsaw hop on hop off

The City Sightseeing of Warsaw is an original way of visiting Warsaw and discover its monuments, museums, attractions while getting on and off at your disposal. This concept of hop on hop off bus or open-top double-decker buses offers a network of 1 tourist tour and routes with 13 stops and commentary in 10 languages.